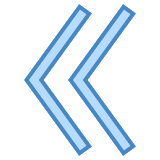 The object of this paper is to compare and analyse the road safety and traffic behaviour of road users in selected countries- Estonia (EST), Finland (FIN), Czech Republic (CZE), Hungary (HUN), United States of America (USA) and the Russian Federation (RUS) during thelast period. The main road safety and economic indices of selected countries are based on official statistics /1/ and presented in table

Even in high developed countries the safety level has been worse than today, as the safety improvement takes place during certain period, in parallel with motorization development. There are calculated safety levels for selected countries in the following, based on fatality rate per 10,000motor . 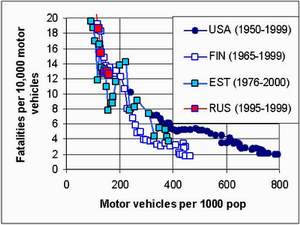 Figure 1 shows the decrease of vehicle fleet based fatality rate (F/V) by increase of the motorization.

We can conclude that:

To determine the rate of decrease of F/V ratio the correlation models have been calculated as follows: F/V= a * Mb

Where M is motorization level (motor vehicles per 1000 of population)

F/V is the number of fatalities per 10,000 motor vehicles, a, b are constants

A country can improve its safety level in many ways:

The introduction of all the measures takes time and money, thus one country cannot jump over this stage quickly. When more developed country, then higher motorization, also financing of road safety measures is easier as well as financing the infrastructure development projects.

All the selected countries are relatively highly urbanised. When divid-ing the fatality data by the location, we get results as follows:

The share of urban fatalities and pedestrian deaths in Russian Federation is remarkably higher, probably because of speed limit of 60 kph in urban areas, when all other selected countries have introduced the speed limit of 50 kph.

The pedestrian indices are significant in all post-socialist countries. The pedestrian behaviour in these countries is very risky both on urban and rural roads. Drunken walking, red light infringement, road crossing in prohibited locations, walking on right side shoulder, insufficient use of reflectors, and other risky behaviour is very common.

The fatality travel rates of vehicle occupants (drivers and passengers) is also bad, when comparing the data of post-socialist countries with Finland and USA., but the difference is less than of pedestrians. There are fatality data of collision types in table 4.

The most common accident type in Russian Federation is pedestrian accidents, in Estonia- single vehicle accident, in other countries- accident be-tween motor vehicles. The differences between collision types differ essen-tially among the countries.

Drinking and driving is one of the most problems involved in road accidents in all countries, where the alcohol consumption is legal. In selected countries the following blood alcohol concentration levels (grams per litre or per mill) are introduced: Estonia 0.2, Finland 0.5 (but the discussion is going on to introduce the 0.2 level), Czech Republic, Hungary and Russian Federa-tion 0.5. In the USA there are introduced 0.8 level in 19 states and 1.0 level in 31 states, when 0.2 level is the limit for drivers under 21 years in all 50 states.

In spite of this, drinking and driving is still remaining to be very seri-ous problem in all countries, playing a part of 26% of fatal accidents in Estonia and Finland, 11% in Czech Republic, 10% in Hungary, 38% in USA and 20% in Russian Federation.

The most effective countermeasures against drinking and driving are total enforcement and drivers' testing with BRT in parallel with forced pun-ishments. The alcoholic beverage sale time limitations can also reduce the share of road accidents under the influence of alcohol.

Table 5.Use of Seat Belt

The Czech and the Finnish results show that on the roads with higher speed limits people tend to use seat belts more frequently.

The progress and experience of the high-developed countries could be set as an example for the post-socialist countries. The analyse shows that the differences will decrease parallel with harmonization between countries in motorization level, but it takes time.

The main problems of road safety in selected countries are:

Post-socialist countries must reduce the number of traffic fatalities and severe injuries. In the first stage the increase of using passive safety equipment in parallel with speed control (50 kph for urban streets) should be put on the first priority. The costs of these measures are minor;

Change of road users (especially pedestrians) attitudes towards the road safety should be developed;

Meaningful sanctions against some drivers (especially novice drivers) playing the main role in unsafe (speeding, drinking and driving, lack of skills) must be used;

Wrong attitudes of the society in general towards the road safety must be considered as a national health problem.

The socio-economic data shows the development and car using condi-tions in post-socialist countries are in much lower level than in high-developed countries.

The relationship between fatalities per 10 000 motor vehicles and mo-torization level is valid for all selected countries and rapid changes are difficult to forecast.